Firsts from a Couple of Small Islands* 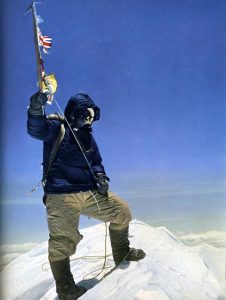 What made me think of writing this note was none of these things, however, but a quite different kind of “first” recently achieved by the New Zealand government. The New Zealand parliament has just enacted into law an “Animal Welfare Amendment Bill,” designed “to recognise that animals are sentient” and “to require owners of animals, and persons in charge of animals, to attend properly to the welfare of those animals” (Long Title to the Bill). “To say that animals are sentient is,” says Dr. Virginia Williams, chair of the National Ethics Advisory Committee, “to state explicitly that they can experience both positive and negative emotions, including pain and distress.”[2]

Now I confess that my immediate reaction to all this was somewhat negative. How could anyone be so stupid as not to recognize that animals have feelings? Do we really need politicians from New Zealand or anywhere else to tell us what anyone with any sense or sensitivity has always known? But then!—I needed only to reflect for a few seconds longer on the conditions in which, at this very moment and entirely legally, animals for consumption or other use are kept in both Britain and the United States, to realize that yes, we do indeed need to be told this. Living as I do in the midst of a culture where many seem to think they have the right not only to own a gun (without any serious examination as to whether they have the character, ability, or training to handle such a weapon responsibly—yet we do not allow people to drive a car without such examination!) but also to go into the woods with said gun and shoot virtually anything that moves, how can I deny that we need to be told precisely what New Zealand’s politicians have told us?

Of course there is a theological dimension to this. I know that there are those who will not willingly kill or harm a living creature because the soul of an ancestor may dwell in it. I honor their practise, but to be honest, I think their reason for it rather misses the point. As a Christian I understand that all God’s creatures are to be honored simply because they are God’s creatures, declared in Scripture to be “very good” (Gen. 1:31). Genesis’ picture of creation before the fall, and humanity’s role in it, is clear.[3]

Although later in the story (following human disobedience) the purity of this original vegetarian paradise is compromised, still the essential principal that all creatures, and not merely humankind, have their existence through and in relationship to a gracious creator is never compromised. Thus the first covenant named in Scripture is not with Israel, it is certainly not with the Christian church, and and it is not even with humanity. The first covenant is an “everlasting covenant” (עוֹלָם בְּרִית), and as the text states no less that four times in the course of a few lines (lest we should miss the point?—but then we seem to have missed it anyway!) it is a covenant with every living creature:[4] 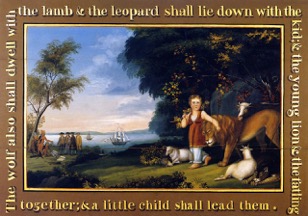 In the New Testament these affirmations are rendered even more precise. Pauline and Johannine traditions and the author to the Hebrews are united in affirming that “all things (πάντα)” were created in and through Jesus Christ (δι’ αὐτοῦ) (cf. Heb. 1.1-4; Col. 1.16-17, John 1.3), that all things therefore have their relationship and their reconciliation to God in and through Him (John 12.32 v.l.,[5] Col. 1.20; Eph. 1.9-11; cf. 1 Cor. 15.27 citing Ps. 8.6; Rev. 5.13-14). Hence in his painting of the Risen Christ and Mary, Titian was quite in the spirit of the New Testament to portray, in the general sphere of redemption that surrounds the Risen One, a village and trees and sheep – human society and artifacts and the natural order – and also a man walking with his dog. As Julia Gatta has pointed out: “To see Jesus as the Son of the living God is not just to see him as my savior – although he is certainly that – but to see him as the Savior of all: the past, the present, the future; the human and the non-human creation. He is Lord of all, whether he is known by name or not.”[6] Precisely!

All of which means, as William Temple said, that we have been set in “a sacramental universe.” We struggle to realize what that means. It was a step forward when the Book of Common Prayer made it a part of our Christian affirmation that we “respect the dignity of every human being.” Indeed, considering our history—as a church, as a religion, as a species, it was an enormous step forward! And how far we are from fully taking it, as the news broadcasts show us every day! But it will be another step forward when we further insist that we must respect the dignity of every living creature. That is why the act of the New Zealand government last month was important, and why as Christians we should affirm it.

* The substance of these reflections appeared as an editorial in the STR 58.1 (Christmas 2015). They remain © of the author and the University of the South.

[1] The story of the movement’s beginnings is simply too good to omit. In September 1839, eleven days after his wedding, young Samuel Parnell, a carpenter from London, sailed with his wife for New Zealand on the Duke of Roxburgh. They arrived on 8 February 1840. Among the other passengers was George Hunter, a shipping agent, who asked Parnell to build him a store. Parnell’s reply is a part of New Zealand folklore: “I will do my best, but I must make this condition, Mr. Hunter, that on the job the hours shall only be eight for the day.” Hunter demurred, but Parnell insisted. “There are twenty-four hours per day given us; eight of these should be for work, eight for sleep, and the remaining eight for recreation and in which for men to do what little things they want for themselves. I am ready to start to-morrow morning at eight o’clock, but it must be on these terms or none at all.” Hunter said, “You know Mr. Parnell that in London the bell rang at six o’clock, and if a man was not there ready to turn to he lost a quarter of a day.” “We’re not in London,” Parnell said, and turned to leave. But Hunter called him back and, after some further discussion, agreed to his terms. So, as Parnell later wrote, “the first strike for eight hours a-day the world has ever seen was settled on the spot.” See Herbert Roth, “Parnell, Samuel Duncan” in W. H. Oliver and C. Orange, eds., Dictionary of New Zealand Biography, I (Auckland: Auckland University Press, 1998).

[2] The bill’s purpose is to make prosecution easier in animal cruelty cases. It bans testing and research on animals and makes all hunting (except for food), capture, or ill treatment of wild animals illegal. See further http://www.trueactivist.com/new-zealand-now-recognizes-all-animals-as-sentient-beings/?utm_source=fb&utm_medium=fb&utm_campaign=antimedia

[3] One of the disasters of Christian history over the last century or so is that we have been so seduced by questions about the historicity of these narratives—questions which, being good story tellers, the narrators themselves were never so foolish as to raise—as to ignore issues which they clearly did raise, and to which it is hard to suppose they did not intend their audience to pay attention.

[4] Of course I am aware of the “recensions” explanation for these repetitions: e.g. Gerhard von Rad, Genesis: A Commentary, John Marks, transl. (Philadelphia: Westminster, 1961 [1956]), 129-30. That and similar explanations do not, however, relieve us of the need to consider what the force of these repetitions may be in the final text, which is, first, evidently a version that at some point in the text’s history made sense to someone, and is, secondly, the only version of which we actually have certain knowledge, as opposed to other hypothetical versions, however interesting they may be!

[5] In fact, a Johannine πάντα (“all things”) at 12.32 is well attested (by P66, a*, and D, as well as various versions, including the Vulgate omnia). Moreover, as Metzger points out, the generally preferred reading πάντας (“all people”) might well have come about because an original πάντα seemed to be ambiguous and “copyists, desiring to remove the ambiguity, added a sigma” (TCGNT 238). On the cosmic (and, incidentally, physical!) dimensions of biblical hope, see my Resurrection of the Messiah (Oxford and New York: Oxford, 2012), 185-89; and on John 12:32 in particular, 358 n.53