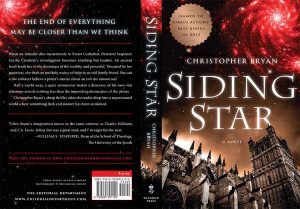 “Christopher Bryan’s imagination moves in the same universe as Charles Williams and C. S. Lewis.  Siding Star was a great read, and I’m eager for the next.” — William S. Stafford, Dean of the School of Theology, The University of the South

Bryan’s heroes aren’t just likable but lovable: intelligent, amusing, hardworking, even kind to animals. In contrast, the novel’s villains are truly spooky and disturbing; readers are always aware of the urgency of stopping their evil plans.  An enjoyable novel of spiritual mystery and adventure—well-plotted, intelligent and deeply moving. — Kirkus Review (starred review). Kirkus Reviews has named Siding Star “one of the best books of 2013.” 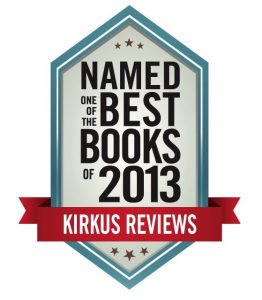 When an intruder dies mysteriously in Exeter Cathedral, Detective Inspector Cecilia Cavaliere’s investigation becomes anything but routine. Thwarted by her superiors, she finds an unlikely source of help in a family friend: but can a law enforcer believe a priest’s stories about an evil she cannot see? Meanwhile, half a world away, a quiet astronomer makes a discovery of his own—his telescope reveals nothing less than the impending destruction of the planet.

Christopher Bryan’s sharp thriller takes the reader deep into a supernatural world where something dark and sinister has been awakened. 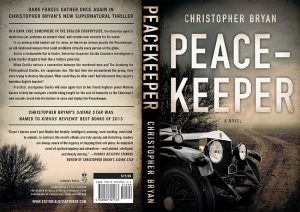 In a cave somewhere in southwest England, an ancient ritual is performed, and new servants of evil are created.

In an underground bunker not far away, an American airman guards the Peacekeeper, a now aging weapon that is yet capable of annihilating most of the population of the planet.

And in a fashionable flat in Exeter, Detective Inspector Cecilia Cavaliere investigates a death that looks at first sight like a robbery gone bad — but may be murder.

When Cecilia notes a connection between the dead man and her old adversary the Academy for Philosophical Studies, her suspicions are aroused. Practical, courageous Cecilia will again turn to her priest friend, Michael Aarons, to help her navigate in a battle between good and evil, ranging between Exeter and London, and down to the Infernal City itself.

The author… writes authoritatively when it comes to religion, though he also entertains with details about how homicide investigations are run and how a missile installation works. He is, however, at his most eloquent when describing the nature of spirituality: “The universe is a dance….And we were created to be part of it,” says the mysterious Spee. At moments like this, this novel is much more than the sum of its parts.  Part mystery, part religious debate, this old-fashioned, well-written novel is wholly entertaining. (Kirkus Review) 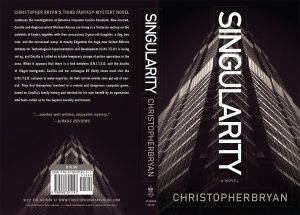 Christopher Bryan’s third fantasy-mystery novel continues the adventures of Detective Inspector Cecilia Cavaliere. Now married, Cecilia and Anglican priest Michael Aarons are living in a Victorian rectory on the outskirts of Exeter, together with their precocious 3-year old daughter, a dog, two cats, and the occasional wasp. In nearby Edgestow, the huge new United Nations Institute for Technological Experimentation and Development (U.N.I.T.E.D.) is being set up, and Cecilia is called on to take temporary charge of police operations in the area. When it appears that there is a link between U.N.I.T.E.D. and the deaths of illegal immigrants, Cecilia and her colleague DS VerityJones must visit the U.N.I.T.E.D. complex to make inquiries. On their arrival events soon get out of control. They find themselves involved in a violent and dangerous computer game, based on Cecilia’s family history and devised for his own benefit by an egomaniac who feels called on to live beyond morality and forever.

“The title, Singularity, refers to the theoretical point at which computers become more intelligent than men and subsequently take over. It is also when men, trying to make themselves immortal, manage only to make themselves inhuman. Enter Cecilia’s IT expert, who puts things in perspective: ‘Computers are idiots whose only virtue is that they can count up to two extremely fast.’ Harlow [the villain of the piece] is not the worst evil in U.N.I.T.E.D., yet he’s ready to blow up a busload of schoolchildren so that humanity—his own—can survive. He comforts himself with fictions, keeping two contrary plots going at once. In that, perhaps, he’s the rest of us, writ large.” (The Weekly Standard Book Review) 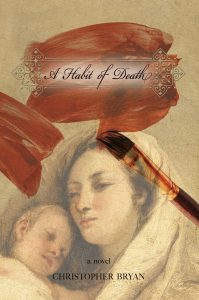 DCI Cecilia Cavaliere, her husband Anglican priest Fr. Michael Aarons, and their precocious three year old daughter Rachel are back in a new mystery. Amid the excitements and fireworks of bonfire night in Edgestow, one of the sisters at the St. Boniface Convent has been murdered, and a precious painting has been stolen. But was the sister really who everyone thought she was? And what is the connection between the two crimes? Was the theft intended, and the murder collateral damage? Or was the murder planned, and the theft opportunistic? Or did someone really intend to commit both crimes in the same night? And if so, who? Cecilia and her friends must follow a complex trail if they are to find answers to these questions.

“Christopher Bryan brings to this captivating detective tale his knowledge of the depths and devices of the human heart.  His heroine takes her crime-solving cues not from Sherlock Holmes but from Shakespeare.  More than cool reason ever comprehends:  so wrote the Bard, and so Bryan propels his story to a final poetic justice.”—PARKER BAUER, Writer, Explorer, Roué, Boulevardier, and Incipient Saint. 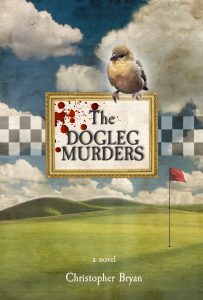 “What she is certain of is that her son’s name was blackened and he was driven to his death and all their lives were ruined for someone else’s crime. She’s sure of it.”
“Which does not, of course, make it so.”
Nevertheless, Detective Superintendent Cecilia Cavaliere does decide to look into the twenty-year old case, and soon finds that all is not as it should be. This, their fifth recorded adventure, will lead Cecilia, her husband Anglican priest Michael Aarons, various old friends and colleagues, some new ones, and the usual assortment of children, dogs, cats, and other creatures, on a quest that will take them as far afield as Spain and at one point put Cecilia’s own life in deadly peril.

Available from Amazon and other booksellers. Click on the title to go to Amazon. 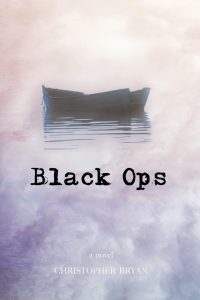 A thirty-year-old covert operation suddenly flares into horrifying life as those who took part in it are targeted one by one for death. But who is doing the targeting? And why the killing spree now? In this, their sixth adventure, the quest for answers to these questions leads Detective Superintendent Cecilia Cavaliere, her husband Anglican priest Michael Aarons and her colleagues on a complicated and at times dangerous quest.

“Christopher Bryan returns us to Exeter and takes us on another delightful adventure through the eyes of Detective Superintendent Cecilia Cavaliere and Detective Inspector Verity Jones. These strong, intelligent, professional and loveable women not only make an unbeatable team, they make you wish all police officers were like them. Through unexpected twists and turns – going back more than thirty years – we are reminded that there is the potential for good and evil in each of us. Black Ops is an entertaining page-turner; one might even be tempted to say the game is afoot!” (The Reverend Mollie Roberts, Rector of St Simon Peter Episcopal Church in the Diocese of Alabama)

Available from Amazon and other booksellers. Click on the title to go to Amazon.